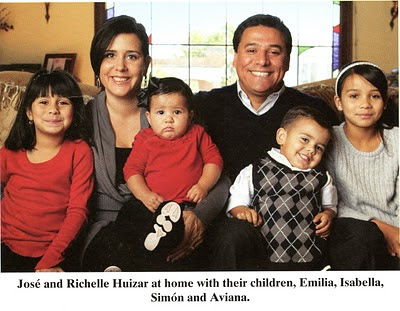 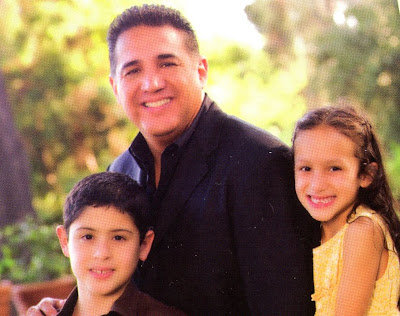 "I am running because I want to make a positive difference in our Council District and accomplish the following objectives:
- Create jobs and streamlining the bureaucratic process
- Bring accountability and transparency to elected offices and City Departments
- Find innovative ways to improve our roads, sidewalks and recreation areas
- Work with police and fire departments to improve public safety"

My evaluation of the incumbent:

Having attended José Huizar's campaign kick off and reporting it on my blog dated January 16, 2011, I have confirmed my support for the incumbent. That day, I
witnessed a a parade of politicians (including the mayor), civic and business leaders testify to the outstanding service that Councilman Huizar offered to his district and the city at large.

As a new resident in Boyle Heights and having no previous associations with Los Angeles, the Mariachi Plaza Farmers Market (Boyle Heights Farmers Market), for which I credit Councilman Huizar as being largely responsible, has provided both me and my wife with an opportunity to connect with our neighborhood and to feel that we belong here.

On February 8, I attended the goLAstreetcar release of the project's economic benefits study. Here there were different faces: politicians, business leaders, and civic leaders, all of whom testified to the significant role that Councilman
Huizar played in moving this project forward. They praised his vision and his ability of secure the necessary funding for this project which will bring: "$1.1billion in new development; 675,000 ft of new office space; 2,600 new housing units; 9,300 new jobs; 3,600 new residents' $24.5 million in  new annual spending; 5,800 new hotel room bookings per year; and $47 million in new city revenue."

From my perspective, Councilman Huizar is an intelligent dedicated public servant who knows how to work the levers of government in order to bring dollars that will benefit our neighborhood. He is tuned to the needs and desires of his constituents using them as guidelines for actions. He is a tireless worker who is known to answer emails at 3:00am.

My evaluation of the challenger:

On February 9, I attended his campaign stop in Boyle Heights. Although I was already convinced that Huizar was my choice,I wanted to find out who his opponent was and what his qualifications might be. There is no question that Rudy Martinez exudes personal charm accompanied by demonstrable naivete regarding the complexities of governmental affairs. Although he brags about his evident commercial successes, he cannot make convincing arguments that he would be able to translate those skills into the realm of governmental affairs. He offers simplistic solutions for the "evils" of an entrenched and obdurate municipal bureaucracy.

With justifiable pride accompanied by praise for his mother,he tells of his up from the depths transformation. The level of his formal education was not made apparent; however,he takes pride in being a graduate of the school of hard knocks.

At the Boyle Heights campaign stop, a member of the audience lamented what she deemed to be excessive mud slinging being practiced by both candidates. Rudy Martinez responded that both candidates agreed to end their campaigns of personal vilification at the "quorum" he attended the previous day.(KPCC Candidate Forum) He later acknowledged that he meant to say "forum."

Although there is no party affiliation indicated on his campaign literature, his pro-business, anti-government, and anti-labor rhetoric suggests that he is either a Republican or a Blue Dog Democrat.

On February 4, 2011, there was an endorsement of Martinez on the editorial page which reads like a high school newspaper student council candidate endorsement. I quote it in part:

"... Bright, articulate and well educated, he (Huizar) can point to a list of minor achievements — a bridge improvement here, protection of open space there, support for a Department of Water and Power ratepayer advocate and opposition to the 710 Freeway extension. Although his record is not exactly inspiring, it's hardly a failure.

"Martinez is energetic and engaging, and thoroughly immersed in the civic life of the district. A successful restaurateur and house flipper — he starred in the cable series "Flip This House" — he is campaigning in precisely the opposite of Huizar's fashion.

" ... Martinez says the FBI has interviewed him about Huizar's long delay in paying for some home repairs. One Huizar line of attack has been to remind voters that Martinez had a few arrests as a young person — for loitering, a DUI and a couple of scuffles. That's true, but all were minor offenses and occurred when Martinez was a young man going through a tough time. None offers any insight into the man or candidate he is today."

Recognizing that the Los Angeles Times is a pathetic shadow of the once great paper that it had been, the editorial, with unsubstantiated rumors, confirms its decline as a viable community voice. Having lived in Los Angeles for one year, I am increasingly cognizant of some issues and perplexed by others.

As a relatively new blogger, I realize that I, as well as the Los Angeles Times, can editorialize. Below is my first editorial.

I would like to see a retraction of the Los Angeles Times' editorial endorsing Rudy Martinez with mine replacing it as the paper's  endorsement of  José Huizar.

Los Angeles City Council District 14 is one of our city's most bifurcated political entities. It reaches from Boyle Heights in the heart of East Los Angeles across the Los Angeles River encompassing pieces of Downtown, Eagle Rock and El Sereno, representing a smorgasbord of residential, commercial, and industrial areas with diverse personalities and populations.With its 98 per cent Mexican American population, Boyle Heights has served as a baptismal font for Mexican American politicians.

Currently, two Mexican Americans, one a seasoned politician and the other a complete novice, are competing to represent this district. At one point, they were close personal friends.Many find the public acrimony that has erupted distasteful.
On a neighborhood level, it mimics the kind of character assassination that has become epidemic in national politics.

The two candidates represents totally different Mexican American trajectories. Rudy Martinez appears to be a street kid who cleaned up his act and has become a very successful businessman. He has dabbled in public service, mostly associated with the police department. He is charming and engaging which might explain the popularity of his restaurants.

When asked why he is running for public office and spending hundreds of thousands of his own money, he admits that he can't provide a convincing answer. José Huizar is a serious dedicated public servant. His educational credentials include: UCLA, UC Berkeley and Princeton. Prior to politics, law was his profession. Before being elected to City Council, he served Board President of the Los Angeles Unified School District. Since becoming a councilman, he has mastered manipulating the levers of local, state and national governments to obtain funding for a number of significant district projects. He has been the unquestioned motivational force behind the goLAstreetcar project which will generate significant economic benefits for the entire Downtown area.

How does one decide between an affable novice and a dedicated public servant? The choice is clear. We prefer solid experience rather than gamble on naivete and inexperience. We endorse
José Huizar for councilman in the 14th District.
Posted by Allon Schoener at 1:48 AM 0 comments