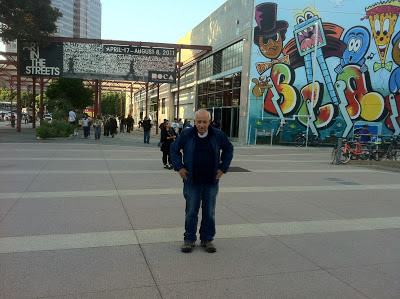 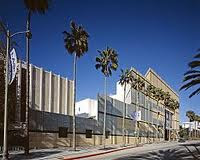 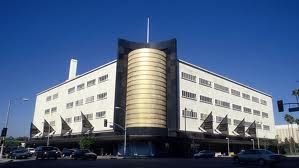 Having spent forty-five years actively engaged in the cultural life of New York City, I moved to LA three years ago. Since then, I have been attempting to connect with local cultural institutions. As someone who has worked with major New York, national and

international arts organizations, I believe that I can see potentials here that might not be apparent to local professionals.

Currently, there is a storm brewing because LACMA (Los Angeles Country Museum) has
expressed an interest in absorbing MOCA (Museum of Contemporary Art). Not being
unfair, I would say that neither one of them is a world class institution. Combining
two less than major museums, does not give you one major museum.

LA is the film production capital of the world with a rich history of achievements and personalities, Hollywood is a symbol that resonates with virtually every person on the planet. These remarkable assets have never been embraced by a museum. LACMA and the Motion Picture Academy are in the process of developing a motion picture museum facility in the old May Company department store that adjoins LACMA.

While LACMA is on the West Side, MOCA is Downtown. After decades of
abandonment and neglect, Downtown LA is booming with new residences and
commercial properties  complemented by the construction of mass transit facilities
which will connect this area with Metropolitan Los Angeles.

Within this cauldron, I see the potential for another kind of museum that would be more
consequential than the amalgamation of two existing museums. MOCA’s Geffen space,
a former warehouse on the edge of Little Tokyo, would be a great place for
a motion picture museum. It affords vast column free and wall free spaces that could be
utilized for spectacular displays.  In contrast,The May Company building would have more restrictive  twelve foot ceilings. Currently, there is no mass transit available at Wilshire and Fairfax; none is promised for at least twenty or thirty years.

New York has Museum Mile stretching along upper Fifth Avenue including. among others, The Guggenheim, The Metropolitan and The Frick - all world class institutions with names that ring bells. Los Angeles’ Broadway between First and Olympic could be “Motion Picture History Mile."

The Motion Picture History Mile could simulate "The Hollywood Walk of Fame."
The potentials for programming within this mile boggles the mind. There could vaudeville,film showings, legitimate theater, music (pop and classical) and more. It could serveadultaudiences and children. It would attract local LA residents.

It could rival Disneyland in attracting international tourists. Clearly, this mile of entertainment complexes could generate huge audiences and accompanying income. It should be mentioned that there are plans for a street car which would connect the majority of these venues.

The challenge is clear. LA should recognize the potential of exploiting its rich motion
picture history with vast assets rather than attempt to repackage two existing institutions
with limited potentials.