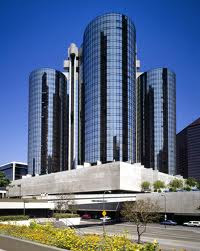 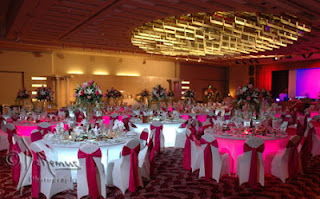 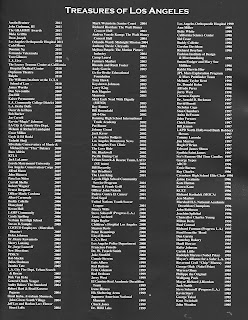 As I continue to seek an identity in Los Angeles, I was
exposed to expressions of LA cvic pride at two events.
The Central City Association ( http://ccala.org/http://ccala.org/ )
organized an intelligent and dignified ceremony honoring people
who had contributed to the enhancement of life in Los Angeles.
"How Los Angeles Invented The World," a stupid exercise
in civic boosterism was presented as part of "Pacific StandardTime"
http://www.pacificstandardtime.org/ at The Getty Center.
(See my blog posts regarding this event:)
http://the-reluctant-angeleno.blogspot.com/2011/11/how-los-angeles-invented-world.
htmlhttp://the-reluctant-angeleno.blogspot.com/2011/11/how-los-angeles-invented-world.html

The Central City Association has played a central role in the
revitalization of Downtown LA by representing the interests
of downtown real estate owners and investors. In the 1970s
when New York City was on verge of bankruptcy, Manhattan
real estate owners recognized that the value of their properties
would decline unless neighborhood cleanliness and amenities
were maintained. ABNY, Association for a Better New York,
http://www.abny.org/Content/AboutABNY/History.aspx
was founded to protect Manhattan real estate investments.
Since that time, ABNY has become a paradigm for other cities,
including Los Angeles.

CCA's "18th Annual Treasures of Los Angeles" event was held
in the Grand Ballroom of the Bonaventure Hotel (see above).
I understand that approximately 600 people attended paying
$500 each. This testifies to an endorsement of the CCA's program
and to individual and corporate expressions of civic pride. The
honorees this year were:

Yang Ho Cho, chairman and CEO of the Hanjin Group, whose
subsidy, Korean Air, is constructing a new hotel on the site of the
present Wilshire Grand.

Hugh Hefner, the legendary founder of Playboy magazine and
its associated enterprises.

They join the list of honorees shown above. This constellation of
civic leadership demonstrates that there are cadres of Angelinos
in all walks of life who demonstrate pride in their city and contribute
to its vitality.

As confused and disconnected as I continue to be in Los Angeles,
I can recognize that there is a dedicated constituency of people who
contribute to its emerging role among a constellation of global
cities. I have worked with such people in New York, Paris, and Rome.
Those cities benefit from the legacy of generations of residents who
have contributed to the fabric of city life. Los Angeles does not have
that kind of social and cultural history; however, it clearly has a
group of citizens who view their city with affection and who contribute
to civic endeavors. 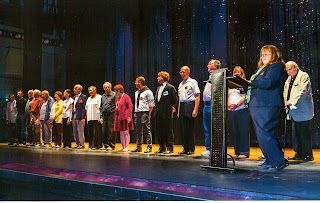 Above: Honoring The Last Remaining Seats Committee of the
Los Angeles Conservancy, on the stage at the Orpheum Theatre,
Los Angeles, June27, 2012.

As a member of the Last Remaining Seats Committee of the Los
Angeles Conservancy, I joined other committee members on the
stage prior to showing "Douglas Fairbanks in Robin Hood." As a
volunteer, I was being recognized for a minor contribution to the
cultural life of Los Angeles.

When I walk around the streets of New York, I am constantly reminded
of when and how I made contributions to the life of that city. Not to
diminish the significance of the Last Remaining Seats Committee, I
hope that I might yet find a niche in Los Angeles and, like the many
Central City Association honorees, contribute something of value to
the lives of others who reside here.
Posted by Allon Schoener at 4:44 PM 0 comments

Commenting on "The Rapture of the Silents" 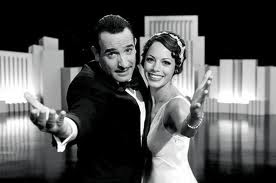 Above: Jean Dujardin (George Valentin) and Bérenice Béjo
(Peppy Miller) in their triumphant finale in "The Artist." *


http://www.youtube.com/watch?v=O8K9AZcSQJE
In his article on page 15 of the May 24, 2012 issue, "The Rapture of the Silents,"
Geoffrey O'Brien attempts to analyze the recent success of "The Artist" directed
by Michel Hazanavicius which swept this year's Oscar awards.* * O'Brien describes
it as "an almost entirely black and white film ... made with care so loving as to be
almost didactic in spirit ... a primer in the appreciation of silent movies ... the-run-
of-the-mill movie palace fodder of the late 1920s ... Hazanavicius was determined
to make the old devices work again, and he succeeded."


* See my blog "Why I voted for 'The Artist" as Best Picture
http://the-reluctant-angeleno.blogspot.com/2012/02/why-i-voted-for-artist-as-best-picture.html
** O'Brien reviews two other films in his article. Since I saw neither, they will not
enter into this discussion.


Unfortunately, O'Brien does not appear to know much about silent films and judges
them by unrelated standards. Regretably, he overlooks the association of silent films
with vaudeville. Vaudeville houses were some of the first venues in which motion
pictures were presented. A vaudeville performance was a precursor to viewing every
silent film through the 1930s and sometimes into the 1940s. 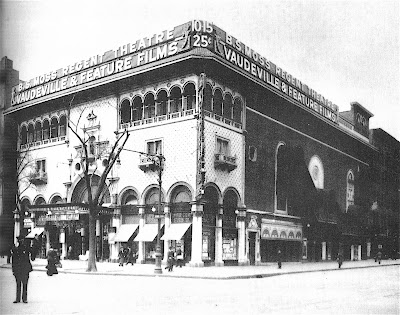 
O'Brien misreads the audience and how they experienced viewing films. He
says "... wordy intertitles that brought the film to a dead halt while the slowest
readers in the audience were given time to absorb them - and famously, there
was the style of acting built on a vocabulary of gestures and postures and gazes
... " If he were aware of early film's vaudeville heritage, he might understand
and appreciate these exaggerated actions.


His most egregious omission was failing to recognize the presence of sound
accompaniments. Every silent film was presented with live performers
(orchestras, pianists and organists) providing their personal enhancements to
what appeared on the screen. Silent films were not "silent." Although generically
accepted, that is a naive misnomer. They were films without spoken dialogue
having periodic blocks of text appearing on the screen that suggest dialogue. 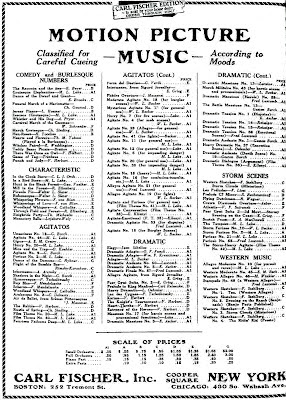 
O'Brien intimates that film audiences were the unwashed and semi-literate new
immigrants and small town residents of the early twentieth century who made
the nickelodeons prosper. There was a connection. Nickelodeons were one the
first forms of successful mechanized mass entertainment.  As cash cows, they
financed early film studios. Adolph Zukor, the owner of a New York nickelodeon,
became head of Paramount Pictures. However, in order to fill the vast new movie
palaces with several thousand seats, it was necessary to attract both uneducated
immigrants, and former farmers who populated the cities as well as the newly minted
middle class second generation Germans, Irish and Jews. In 1913,  Moving Picture
World, said, “Such theaters as the Regent are what we all hope for... They are the
best friends the motion picture industry has ... We will all  go back to the Regent,
and we are glad to know where to conduct the next stranger who asks us." 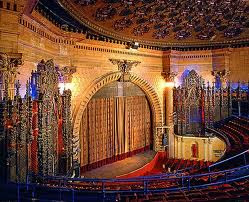 
Viewing a film, silent or sound, in one of the grand old movie palaces
was, and still is,  a form of participatory spectacle - perhaps like watching
a football or basketball game where the crowd interacts with the players.
People would clap and stomp their feet when the hero triumphs and boo
when the villan  appears. Since moving to Los Angeles and becoming a
member of the Los Angeles Conservancy's Last Remaining Seats committee,
I have been privileged to experience films shown in historic theatres and to
have been among the audience reacting.


When "Douglas Fairbanks in Robin Hood" was shown recently at the
Los Angeles Orpheum Theatre, I prepared the program notes which appear
below. I offer this as an antidote to Geoffrey OBrien's inaccuracies. In passing,
it should be noted that Fairbanks began his career in vaudeville. Seeing
his film in this venue with the mighty Wurlitzer bellowing out Robert
Israel's scene and gesture sensitive accompaniment, was an early twentieth
century spectacle brought to life in the twenty-first.


Although the legendary Robin Hood is famous for stealing from the rich and
giving to the poor, that is not the theme of this film; it is an action oriented
romance seasoned with good guy / bad guy plots providing ample opportunities
for Fairbanks to display his energetic athletic prowess and amazing acrobatic /
balletic movements.


http://www.youtube.com/watch?v=9cMq2fKqT4M
The plot is set in the court of Richard The Lion-Hearted (England, 1189 - 1199).
As the film opens, Richard is preparing to depart on The Third Crusade. Among
the nobles who are to accompany him are: the Earl of Huntingdon (good guy) and
Sir Guy of Gisbourne (bad guy). Richard’s brother, Prince John (bad guy) is
designated to stay behind and rule in Richard’s absence.


Prior to Richard’s departure, Huntingdon and Lady Marian Fitzwalter pledge lifelong
devotion. As a consequence of Gisbourne’s treachery, Richard imprisons Huntingdon.
The entourage departs. Huntingdon escapes. Joining a band of the dispossessed in
Sherwood Forest, Huntingdon emerges as Robin Hood. With spectacular feats of
bravura, Robin Hood and his Merry Men defeat Prince John and Gisbourne. Richard
returns to claim his throne.  Robin Hood saves Lady Marian from the clutches of
Gisbourne. With Richard again on his throne, with Prince John and Gisbourne defeated,
the film ends as Robin Hood and Lady Marian enter their bridal chamber.
Douglas Fairbanks in  Robin Hood was made at the Pickfair Studios (Santa Monica
Blvd. and Formosa). Still standing, it is threatened by a real estate developer.
As producer, Fairbanks demanded perfection in every detail. A detailed replica of a
medieval castle was built. Ever-increasing costs caused Fairbanks older brother John
(production financial manager) to have a stroke. Final cost was $980,042.28 - more
than the cost of D.W Griffith’s Intolerance; Douglas Fairbanks in Robin Hood grossed
over $1.5 million domestically.


Douglas Fairbanks was one of the founders of the USC School of Cinematic Arts.
A statue of him in swashbuckler attire rises from a fountain in the plaza surrounded

by buildings inscribed with the names of Stephen Spielberg and George Lucas.
Below: in the courtyard of the USC School of Cinematic Arts. 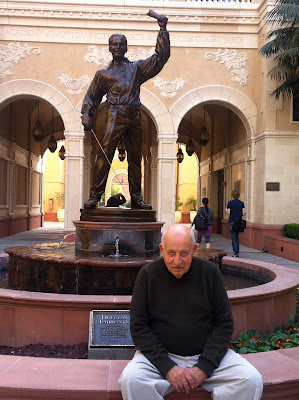