Food Merchandsing in America / Chapter One

Food Merchandising: From Art to Spectacle, Chapter One - It All Began With Dean & Deluca on Prince Street in SoHo

In September 1977, when Joel Dean, Giorgio Deluca and Jack Ceglio opened their first food store on Prince Street in SoHo they set in motion a food revolution that encompassed merchandising, taste and style transforming the way that Americans sold and bought food. At that time, SoHo was the locus of the avant-garde art world in America.  A sizable colony of artists were transforming the surrounding commercial and industrial buildings, some dating back to the Civil War era, into loft living spaces. The works that SoHo artists created remain significant in 20th century art history. These artists were the Dean & Deluca clientele, so it was logical that their neighborhood food store should itself become a work of art.
For a brief period of time, SoHo served as a significant style generator in art, food, clothing and life style. In fact, SoHo became a symbol of what was new and hip. It became so commercial that Bloomingdale's opened a store on Broadway between Prince and Broome.

As I remember it, the Dean & Deluca Prince Street store was about forty feet wide and one hundred and twenty feet deep. Like the nearby galleries, it was a pristine white environment accentuated by stainless steel and glass refrigerated display cases and free-standing metal shelves. As you entered the door, you were greeted by a sculptural display of fruits and vegetables with operatic arias wafting above your head. The employees, young and attractive, were outfitted in pristine white uniforms. They were knowledgeable and passionate about the food  they were selling. The breads, cheeses, olives and prepared meats looked spectacular and their taste was superb. It was a memorable aesthetic experience to enter this space and purchase food. 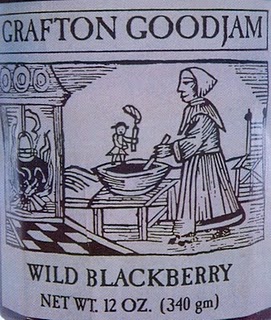 In 1985, I spent a weekend at Dean & Deluca providing samples of my wife Mary's Grafton Goodjams made in small batches of organically grown fruit and Vermont maple syrup. Based on this experience, I was aware of a transformed clientele. There were more women in pastel clothing than jeans. The pastels were the "bridge and tunnel crowd" from New Jersey and Long Island, as they were disdainfully described by by SoHo residents. It was these suburbanites who expanded the Dean & Deluca audience beyond SoHo.

In 1988, outside investors entered the picture and bank rolled expansion with a move to the corner of Prince and Broadway. 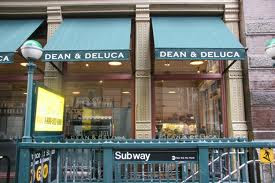 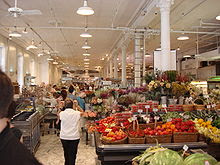 This was more a football field-sized space. Joel Dean and Giorgio Deluca moved their offices from the back of the Prince Street store to the back of the Broadway store. From there, they could maintain a watchful eye on every detail of the store's operation. Both were often seen roaming the aisles to be certain that their standards were maintained. Even though expansion had taken place, there was no diminution of quality. 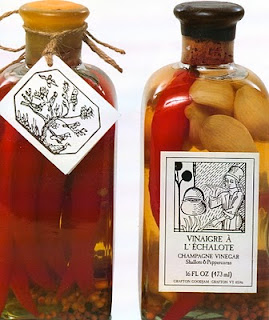 When Giorgio Deluca saw my wife Mary's Grafton Goodjam vinegars, he ordered some and placed them prominently in the store. Exposure at Dean & Deluca served as a catalyst to expand her market nationwide.

Typical of investors, they wanted to see expansion. Stores were opened in Georgetown, Maryland; Charlotte, North Carolina and St. Helena, Napa Valley, California. Added to the mix were a number of Dean & Deluca Coffees like this one illustrated below on the ground floor of Renzo Piano's New York Times building.

Fortunately, through the years with a number of different owners and the departure of Giorgio Deluca (who now has his own  restaurant in SoHo) and Joel Dean (who unfortunately died several years ago), the same level of quality has been maintained. Below is a photograph that I took recently at the Prince and Broadway store.

Fortunately for those of us who appreciate this store, the passion and sensitivity for good food that Giorgio Deluca and Joel Dean exuded remains in tact. I have never been disappointed by any purchase that

I made at a Dean & Deluca store over more than thirty years. 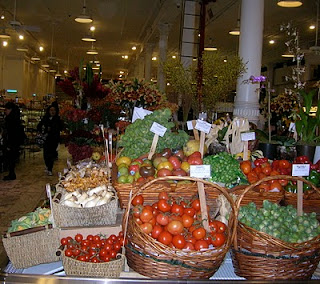 From its SoHo art world origins, the Dean & Deluca style has gone mainstream. As one travels around country, you see formulaic imitations, none as good, but these stores offer an enhanced food merchandising experience contributing to the lives of many of us. Whole Foods is probably the most evident example. Every major supermarket chain has its imitation of the Dean & Deluca model. Many of these beneficiaries of enhanced food merchandising might never have heard of Dean & Deluca.

Is the artful presentation of food still a valid style? My answer is yes, but ... there are new winds circulating - Eataly in New York in particular. Eataly will be examined in the next post. 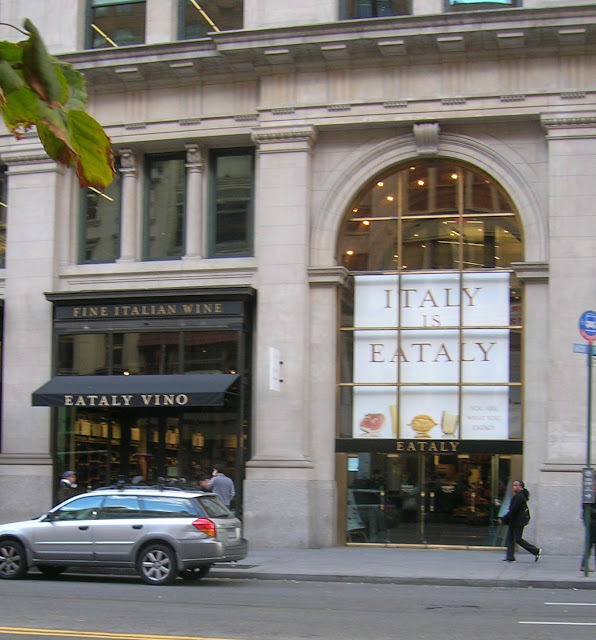 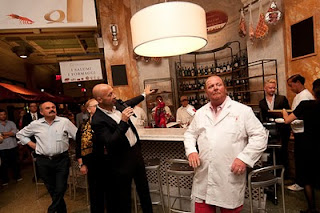 Giorgio Deluca had his Italian inspiration for a glorious food market; it was Peck in Milan,  Mario Batali, seen above at Eataly New York, found his model at Eataly, a group of six food store / restaurants in Asti, Bologna, Milano, Monticello, Pinerolo and Turin. The first Eataly opened in Turin on Janaury 26, 2007. Outside Italy, in addition to New York, there is an Eataly in Japan.

In proclaiming its philosophy, Eataly describes itself as the original model for a market in which products of the highest quality representing traditional Italian agriculture are sold, consumed, and studied. Envisioned as a multifunctional market dedicated to gastronomy, Eataly offers better products while supporting sustainability. 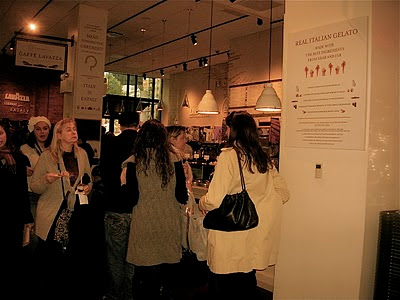 Eataly New York(seen above and below) is vast and variegated. It is a food emporium: a restaurant serving fish, meats and pasta, a bakery, a meat market, a fish market, a fruit and vegetable market, a prepared foods market, a wine shop, a coffee bar and a learning center. There is no question that it hit the New York "food passion" nerve. It is reputed to be the highest grossing restaurant and food store in this country even though it has been open for barely six months. 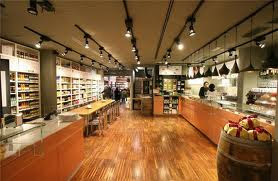 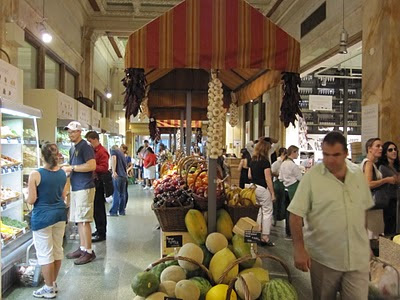 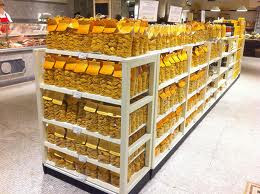 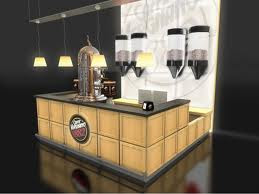 As such a long term Dean & Deluca aficionado, do I find Mario Batali's Eataly threatening? Absolutely not! Eataly, like Dean & Deluca, is going to create its own transformational niche in American food marketing.

On my first visit to Eataly New York, I loved the experience from the moment that I walked in the door. I entered from Fifth Avenue working my way toward the restaurant areas. In my path, I was confronted by a fifty-year old woman carrying a wine glass as though she were at a cocktail party. I managed to get a seat next to the service area of the seafood kitchen. I enjoy sitting at the counter watching the food preparation and service scene. Since I don't eat meat, I bypassed that one, and since I make better pasta than most restaurants, I skipped that section, too. And I got to know Alex, the chef, as he gyrated through his work. He told me that he had been a sous chef at Le Bernardin for seven years. A theatrical extrovert, he also knew how to prepare delicious food. I had a sensational piece of swordfish - cut as a trapezoid. It seemed strange, but it worked. The next time, Alex told me to allow him to make my choices. My first course was mussels; the second, sea bass. Nothing was overwrought - just right for me.

Open kitchens facing counters with stools are common in New York restaurants; however, it seemed to be different to me at the Eataly food service islands. There was so much activity surrounding food preparation that cooking and eating blended into the generally chaotic ambiance. Did the food suffer as a result? I don't think so.

Although I have never seen Harrods food court in London, it does not appear to have the ambiance of an Eataly, nor does the KaDeWe department store food court in Berlin - which I know.

For me, Eataly New York was "spectacle,"  a kind of theatrical  experience. Cable television is flooded with food and cooking shows and their accompanying "celebrity chefs." It appears that cookbooks are resisting a downturn in the sluggish book market. With the plethora of television and cable cooking shows and the deluge of cookbooks, food preparation is now viewed in a different light - less as art and more as spectacle. In this sense,  Eataly becomes a handmaiden to all of the spectacles associated with food preparation and marketing hype. Does this mean that food as spectacle is better or worse than it was in the heyday of food as art? Not at all. It is just different.

Now to my prediction. The initial impact of Eataly is just being felt. Is it something that can be replicated in other cities? Even though there are Eatalys in smaller towns surrounding Turin and in Bologna and Milan, I doubt that it is a formula that will be replicated readily in the United States. It works in New York because there is a passionate food culture. To my knowledge, there are not many other places in this country for which it is so well suited; it might work in Boston and Chicago. I doubt that it would in LA.

This is not to say that there is no interest in food in LA. There are farmers markets in virtually every neighborhood. There are ethnic restaurants, ethnic markets and critics who evaluate them. For me, interest in food among Angelenos registers as cool and detached. Several years ago, having found myself in a Staten Island Italian neighborhood, I searched for a market. Much to my astonishment, I found a huge food market the equivalent of some that I know in Rome. How could this be? That's New York! Could I make an equivalent discovery in LA? I doubt it.

So what can we expect of Eataly's future? There might not be one in another American city, but we will soon see bastardized versions appearing in some of the tens of thousands of mall food courts blanketing the country. As legions of mall merchandisers search for the latest "hit," they will embrace the Eataly concept by serving franchised junk food that most of its consumers will not be able to distinguish from the Eataly original.

In the meantime, Eataly New York will bring joy to those who dig it.
Posted by Allon Schoener at 9:34 PM 4 comments