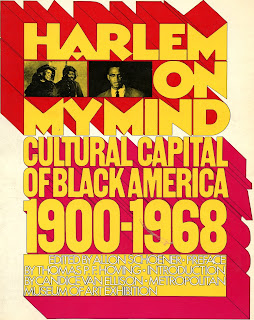 Posted by Allon Schoener at 10:53 AM 1 comments

The Truth About Harlem On My MInd 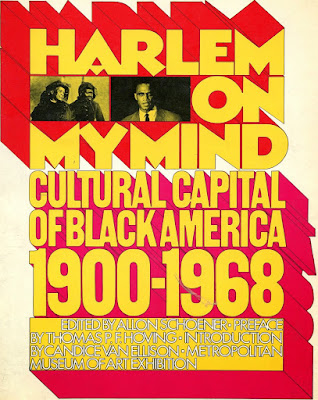 This text appears in the fourth and fifth editions published by The New Press in 1995 and 2007. 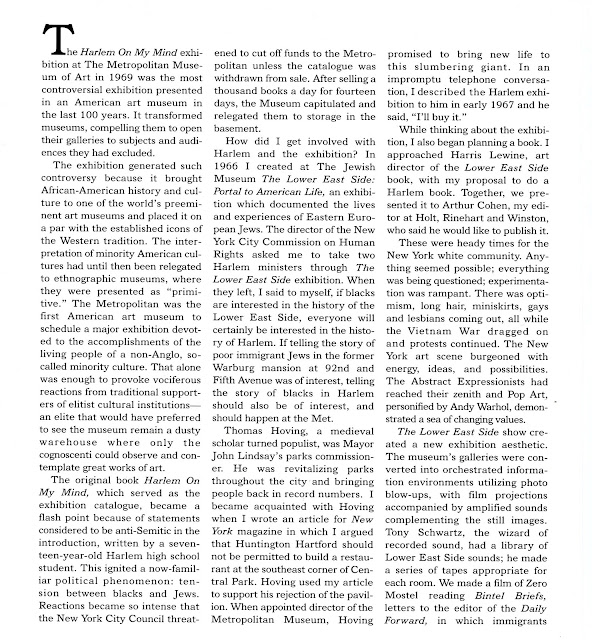 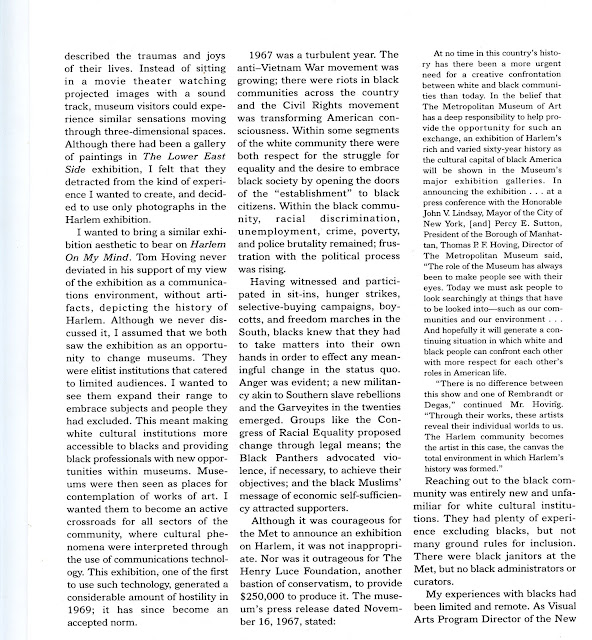 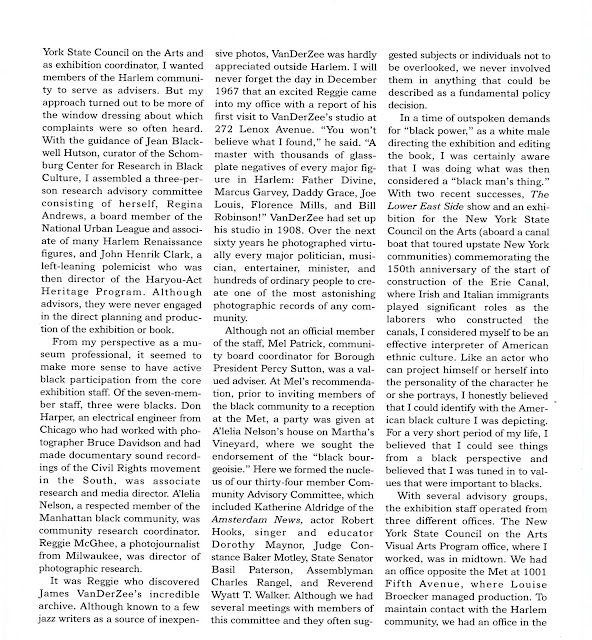 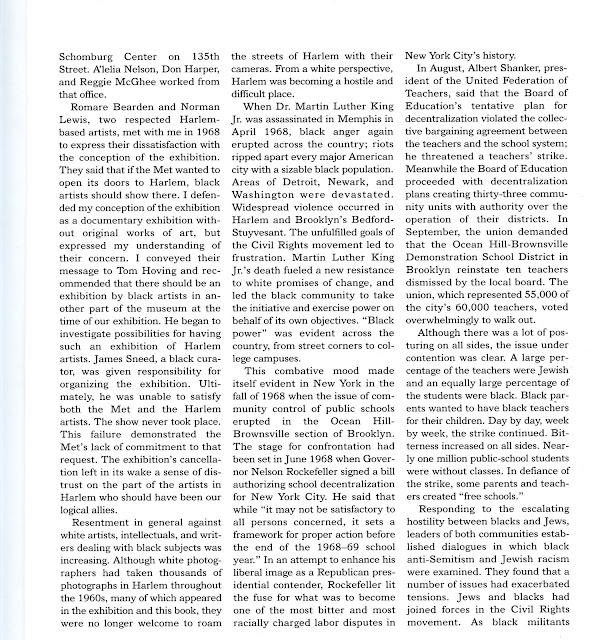 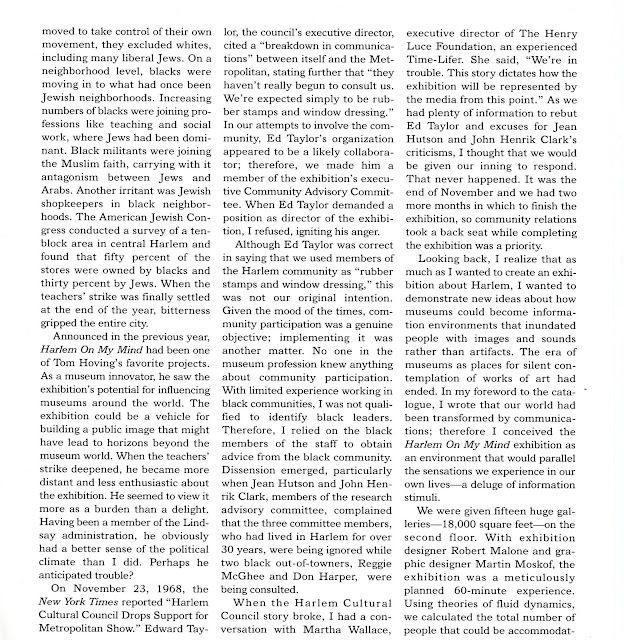 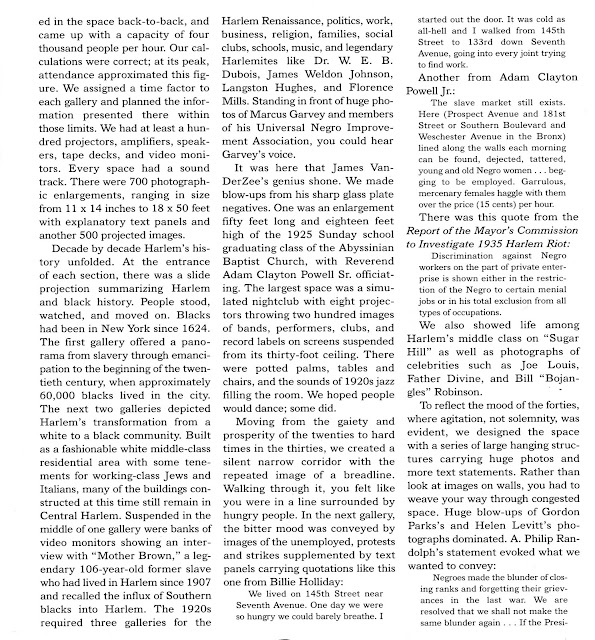 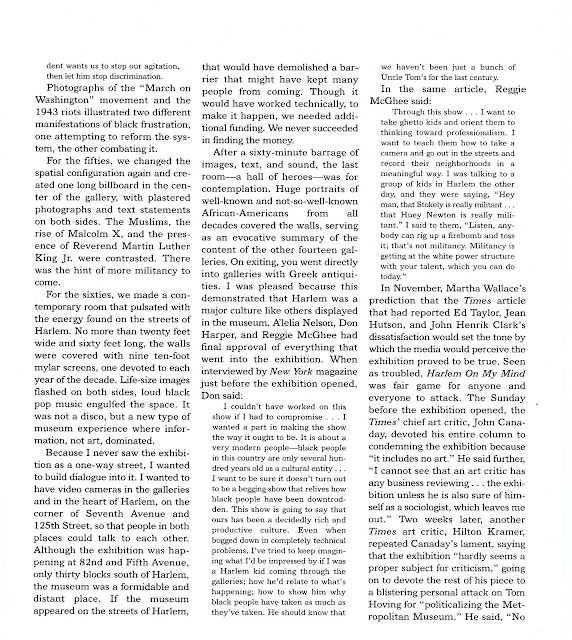 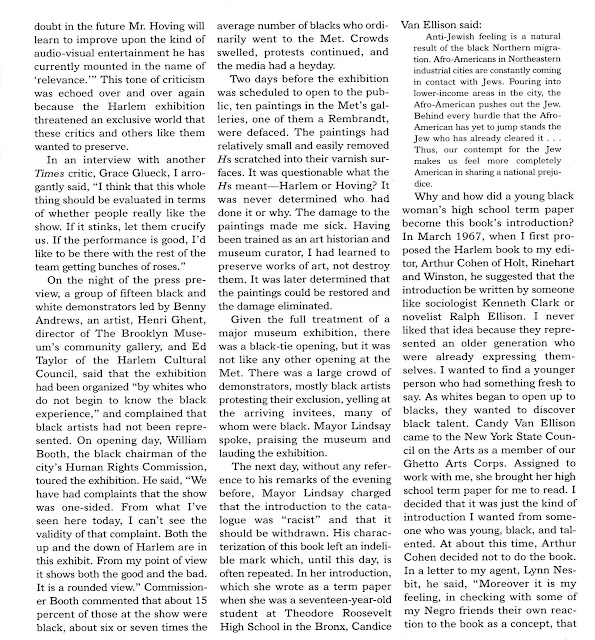 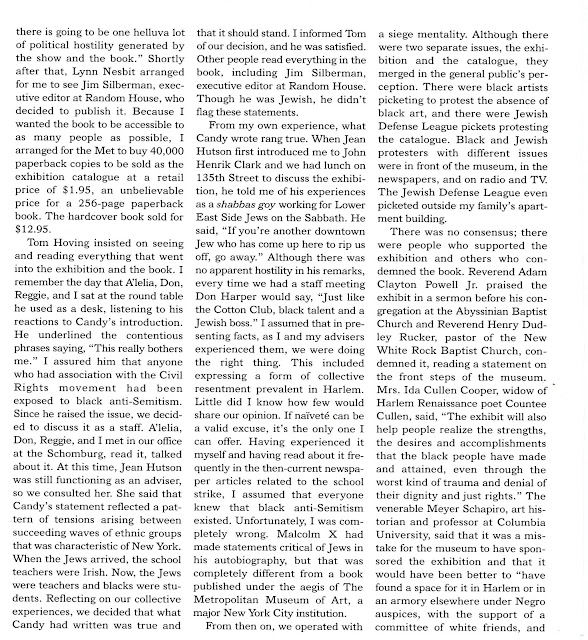 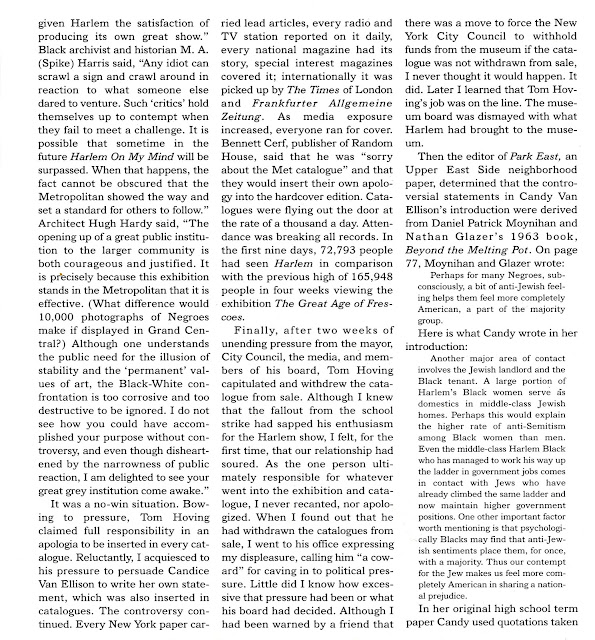 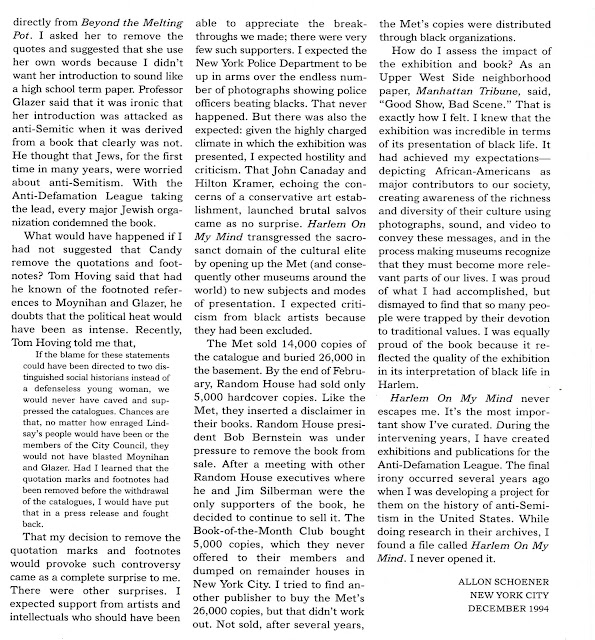 This site was created by cultural historian, writer, and curator, Allon Schoener. He was responsible for organizing, designing and producing the Harlem On My Mind exhibition at The Metropolitan Museum of Art in 1969. He was author of the book which served as its catalogue, now in its fourth printing.